Recent good works
Together with people throughout the beer industry, we raised $45,000 from a March event for a designer that works for several breweries and the Guild. 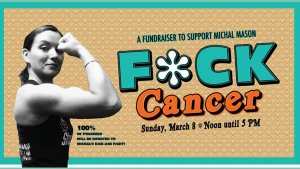 In 2019, the Foundation provided a small contribution to a brewer that lost work due to a bicycle accident, helped another organization run an event that provided $1400 to children’s charity, provided a sales rep $2500 after he lost his spouse. The Foundation paid for a brewer’s conference for 4 brewery employees.

A distributor’s son needed eye surgery and so we helped out with a check. We provided a benefit to a family when their son, a bartender at a local bar, unexpectedly passed.

In 2018, there was a tragic double shooting in downtown Phoenix and two workers at a craft beer bar were killed. We passed on a small check to the family. A brewery rep was having difficulty after a brain injury, the foundation had an event that raised $12K for her. A Tuscon brewery’s owner underwent surgery to remove a brian tumor. The foundation raised $6300 for her.

The Foundation paid for a brewer’s conference for 9 brewery employees.

A distributor rep passed away from a cardiovascular event. The distributor and the foundation provided $5500 to the family.

In 2017, our first year, 25K was gifted to the a family that lost their brewer son to a traffic accident. Within the same month, $5500 was provided to a brewer when he lost his wife to brain cancer. A bartender needed surgery to remove a tumor near her eye. $9400 was raised at a Tempe event. 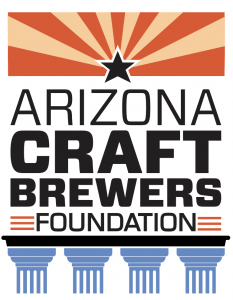 The Theresa Sorrels Legacy Fund is part of the Arizona Craft Brewers Foundation. The Fund was created in honor of the passing of Theresa who bravely fought brain cancer and inspired those in the Arizona brewing industry.

The Foundation supports medical hardships and educational challenges of brewing industry employees that live and work in Arizona. Educational grants are provided by the George Hancock Educational Fund.

If you or your business are in the liquor industry as a distributor, brewery, restaurant, bar or store are interested in starting your own foundation, we are here to help!